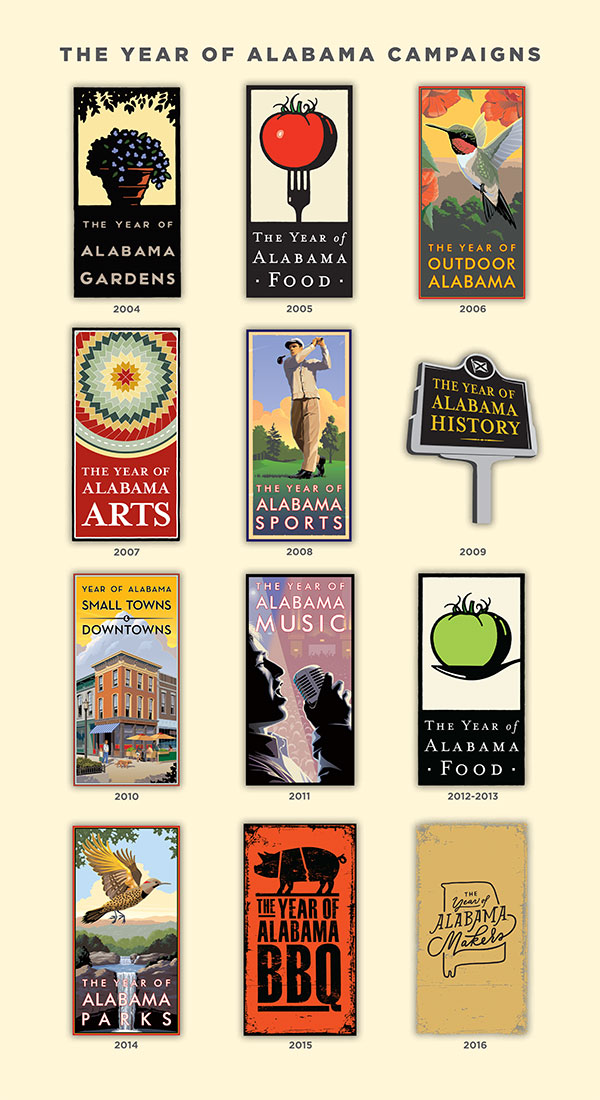 Year of “Posters” – Luckie and Company

Promoting all that Alabama has to offer was the aim of a poster marketing campaign by Alabama Tourism. Each year showcased something different through the use of posters designed by Luckie and Company in Birmingham. The first year in 2004 was the “Year of Alabama Gardens” and subsequent years included music, art, outdoors, small town and downtowns. Food was so popular it was promoted twice and a documentary was created on the Year of Barbecue. The Year in Food also became an exhibit in New York City and several Alabama chefs were brought along. Brad White of Luckie and Company, the lead designer on the project, says the campaign brought attention to what is less known about Alabama and “put Alabama’s food on the map.” About 12 posters were made.