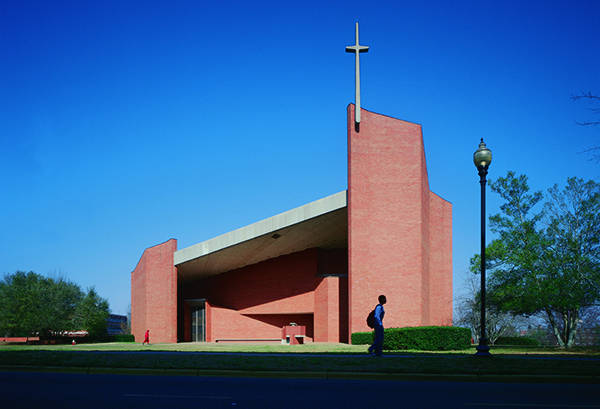 Concerning architecture, Tuskegee University is best known for its Booker T. Washington-era buildings built by students. But the National Historic Site is also home to an internationally renowned work of modern architecture: the Tuskegee University Chapel. Built in 1969 to replace the original 1898 chapel, the monumental brick edifice was designed by famed architect Paul Rudolph and the African-American firm of John A. Welch and Louis Fry, who taught at the Tuskegee Institute. Listed by Southern Living as one of “The South’s Most Beautiful Chapels,” the structure is known for its expansive, light-filled sanctuary – a balance between the “opposite movements of space and light,” as Rudolph described it.