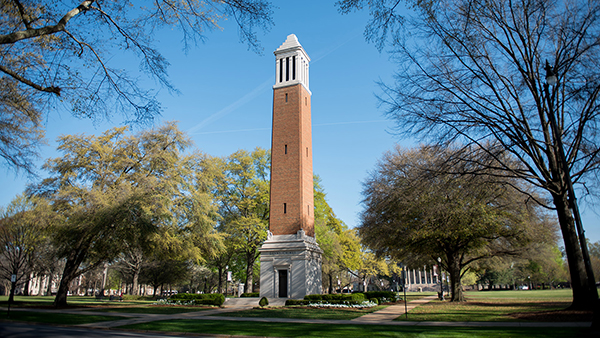 Thomas Jefferson’s plan for the University of Virginia was designed to represent “authority of nature and power of reason.” The design for the original University of Alabama is the old Quad that dates back to 1828 and was patterned after Jefferson’s University of Virginia plan. The Quad was destroyed during the Civil War and a new 22-acre Quad was built in the late 19th and early 20th centuries. Only five structures are built directly on the Quad, with the remainder taken up by trees and a great lawn. Business Insider magazine included UA’s Quad in its list of “The 16 Most Beautiful and Iconic American College Quads” in 2015.