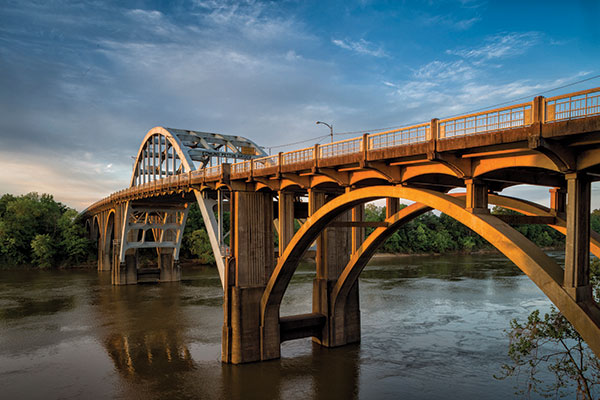 The 1965 Selma-to-Montgomery March was a pivotal moment in the nation’s progress toward racial justice. The Edmund Pettus Bridge, which marchers crossed on their way to Montgomery, is among the most sacred places in civil rights history. Law enforcement officers attacked marchers with tear gas and nightsticks on March 7, 1965, a day that came to be known as “Bloody Sunday.” The attention the march generated helped persuade Congress to adopt the Voting Rights Act of 1965. Built in 1940, the bridge is considered a significant engineering improvement over the old bridge that had to be opened by hand.