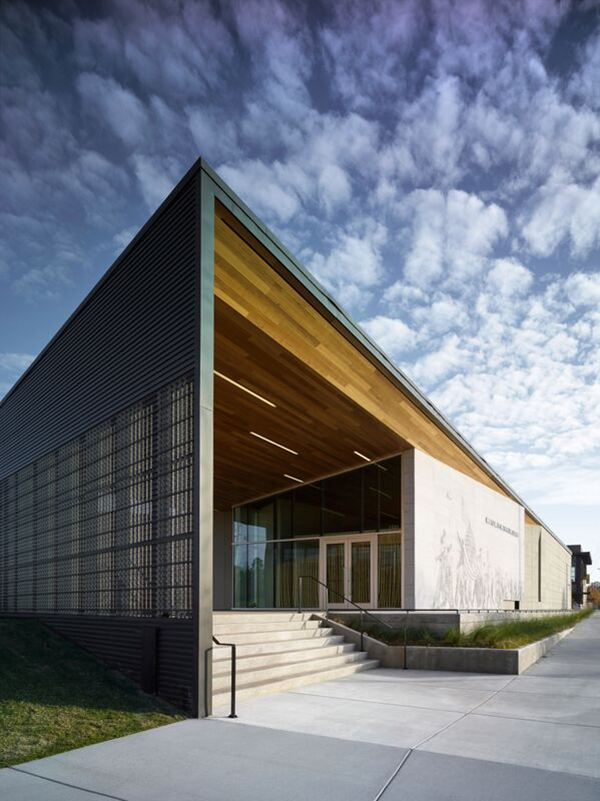 A turning point in Alabama’s history is the 1965 Selma to Montgomery March, commemorated at the Montgomery Interpretive Center set to open early 2019. The center is the third of three interpretive centers that connect Selma to Montgomery. Construction was completed in 2017 and the interior exhibit space is being completed by the National Park Service. The center’s primary facade captures the spirit of the march with an 18-foot-tall limestone front wall featuring a sandblasted relief pattern that replicates the march. Designed by Chambless King Architects in Montgomery, the project won the 2018 Excellence in Design Honor Award from AIA Alabama.