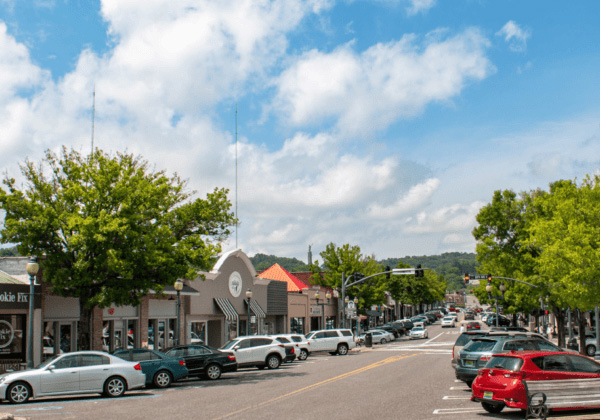 Eighteenth Street South is a traditional main street shopping district in Homewood, a bustling Birmingham suburb incorporated in 1926. A key characteristic is “The Curve,” part of downtown Homewood’s identity but also a traffic problem. The 1992 revitalization plan by KPS Group, Inc preserved The Curve while creating a more pedestrian-friendly outdoor space and improving traffic flow. Other improvements include streetscaping, landscaping and a sign ordinance. The plan was recognized with an Alabama Council AIA Award. The district has been described as being “big on personality.”