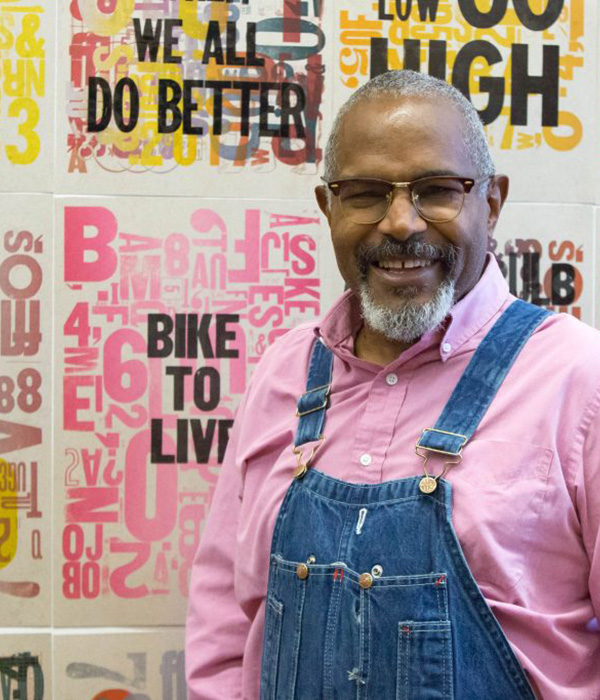 “We demand the very best from our clients!” This quote, a manifesto for art over commerce, is from letterpress printer and bookmaker Amos Paul Kennedy Jr., the subject of the documentary film “Proceed and Be Bold.” Kennedy calls himself “a humble Negro printer” whose work conveys a fierce sense of social justice. Cliff Meador, head of the master’s program in book arts at Columbia College in Chicago, calls Kennedy’s posters “beautiful, provocative and powerful… ” His graphic design uses bold blocks of text over layers of pale transparent imagery. His messages reflecting African-American history include “Rosa Louise Parks 1913-2005” and “We who believe in freedom cannot rest.” Formerly based in Gordo in Pickens County, Kennedy has relocated to Detroit.