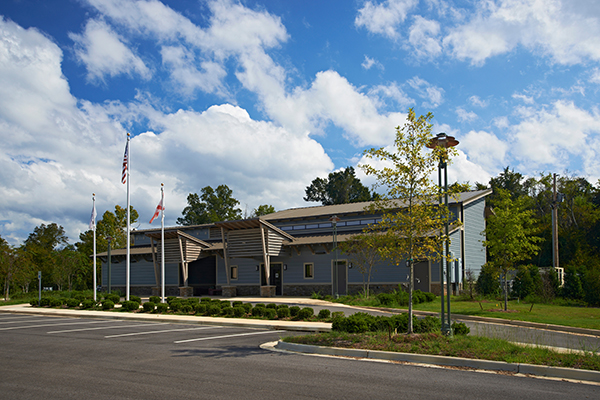 Not only is Gee’s Bend home to world-famous quilters, but also the first all-electric ferry in the United States and the Western Hemisphere, making daily 15-minute runs between Camden and Gee’s Bend. The diesel-powered ferry was converted into a battery-powered electric vessel as part of the recent redevelopment of the ferry terminal, operated by HMS Ferries, Inc. under contract with the Alabama Department of Transportation. During the civil rights movement, black Gee’s Bend residents rode the ferry to the county seat at Camden to register to vote, so local authorities shut down the ferry service. Gee’s Bend residents were without ferry service for over 40 years until service resumed in 2006.