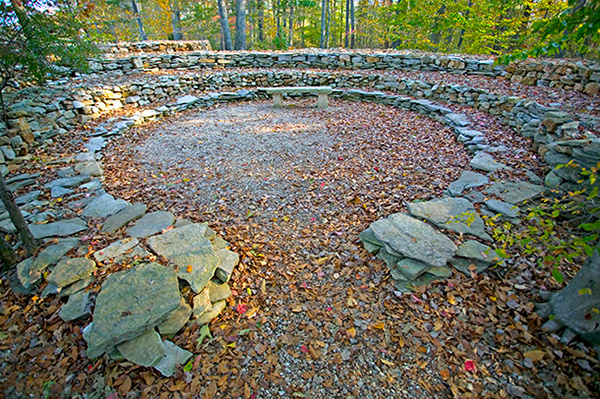 Just east of Natchez Trace Parkway outside Florence is one man’s heartrending tribute to his great-great grandmother, a Yuchi Indian who lived in the area during the 1800s. Tom Hendrix, who died in 2017 at the age of 83, built Tom’s Wall, said to be the largest un-mortared wall in the United States, constructed of stones from over 120 countries. As a young girl, Hendrix’s great-great grandmother was forced to walk to Oklahoma. A year later she escaped and spent five years walking back to her beloved Alabama. Tom’s Wall – land art expressing a tangible symbol of human perseverance – is open daily.