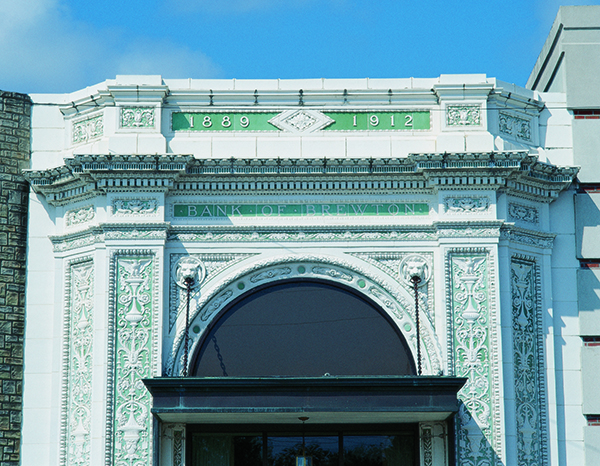 Recognized as Alabama’s oldest bank, the Bank of Brewton opened in January 1889 and continues to operate, though it has since moved into an adjacent newer building. The original two-story brick building remains a local landmark with its façade of imported white tile decorated with a green border. Inside, the counters are made of native curled pine. Brewton citizens were given the best banks had to offer in their day. As noted in a local newspaper article: “large safes, a large fire and burglar proof vault and the very best combination locks made.”