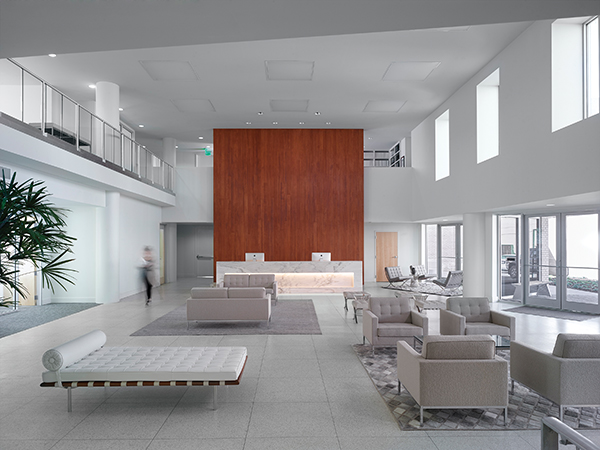 The former Guaranty Federal Savings and Loan was housed not in one but two important examples of mid-20th century architecture in downtown Birmingham. The 1948 building designed by Warren, Knight and Davis architects featured an exterior clad in dark-green marble with mirrors, glass and photo-murals dominating the interior walls, along with black and red terrazzo floors. In 1960, the savings and loan’s four-story modern building was designed by Charles McCauley & Associates, a firm that designed many of Birmingham’s significant buildings. New City Church occupied this building from 1995-2010.