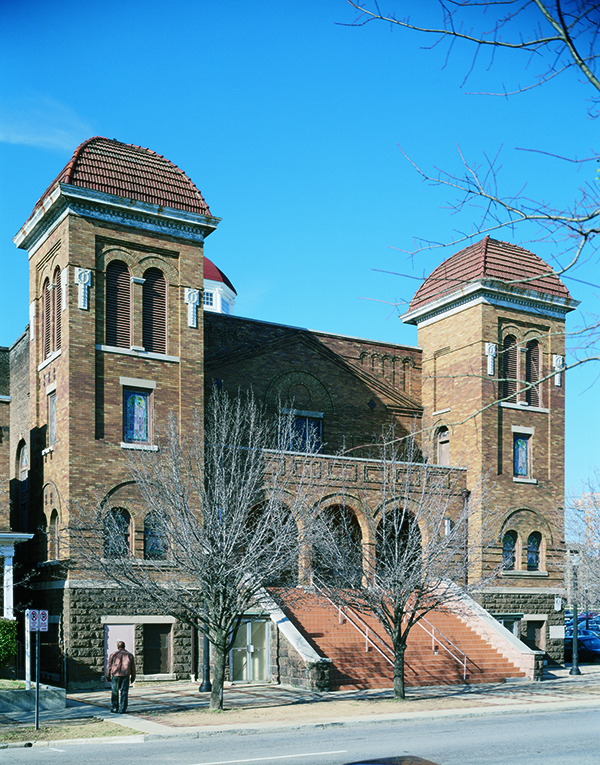 In 1963, a Ku Klux Klan bomb exploded in the 16th Street Baptist Church killing four young girls. Though this National Historic Landmark is forever associated with this racially motivated crime, the building is much more than that, having long served the local black community and providing a meeting place for civil rights leaders. The present Romanesque-style building was constructed in 1911 and was designed by Wallace Rayfield, the second formally educated African-American architect in the United States. After the bombing, a stained glass window depicting a black Jesus was donated by the people of Wales and was installed in the front window.