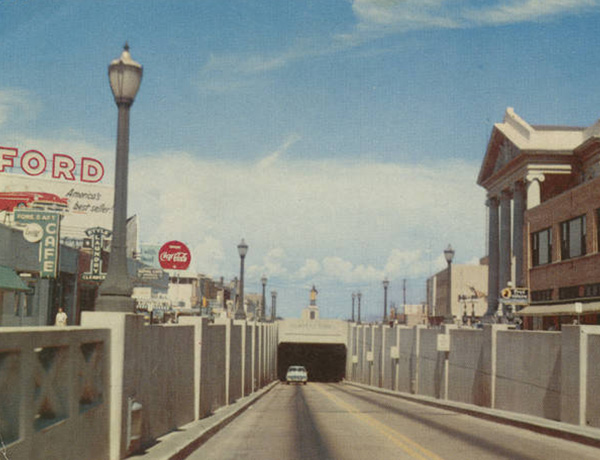 Bankhead Tunnel is a road tunnel in Mobile that carries Government Street under the Mobile River from Blakeley Island to downtown Mobile. Constructed in 1938-1940, it features Art Deco-style entrances and a large “flood door” that can close to prevent water from Mobile Bay flooding the tunnel during storm surges. Built in sections, each section was sunk next to the previous section and joined underwater. The depth of clearance is 40 feet for the ship channel over the tunnel. Bankhead Tunnel was the location of a scene in the 1977 Steven Spielberg hit “Close Encounters of the Third Kind,” with a character played by actor Richard Dreyfuss driving through the tunnel chasing UFOs.