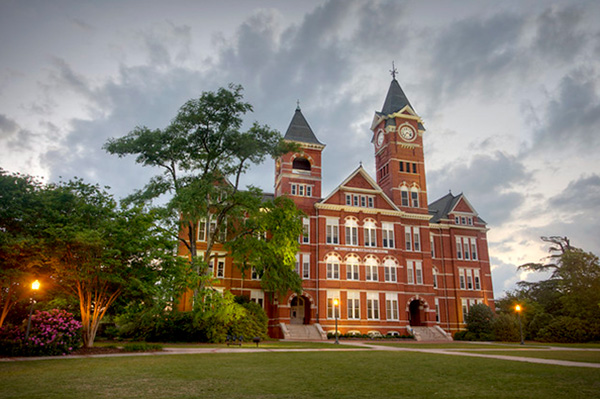 According to legend, as a prank students once led a cow up the tower stairs of Samford Hall at Auburn University. Though this story may not be true, what is certain is that Samford Hall symbolizes Auburn University nearly as much as football. The university’s original classroom building called “Old Main” was destroyed by fire in 1887. The following year Samford Hall was constructed in part with bricks salvaged from Old Main. In 1929, the building was named for Alabama Governor William J. Samford.  An electronic carillon in the clock tower regularly plays the Westminster Chimes and “War Eagle,” Auburn’s fight song.